(CNN)Beyoncé said it herself, in her own words, while reflecting on her historic Vogue cover and spread.

“When I first started, 21 years ago, I was told that it was hard for me to get onto covers of magazines because black people did not sell,” she said in a personal reflection for the iconic magazine. “Clearly, that has been
Clearly, indeed.
Looking across the spectrum of magazine covers this month, there is plenty of #blackgirlmagic.
Joining Beyoncé, who is on the cover of the American Vogue that dropped Monday, is singer and actress Rihanna, who is on the cover of British Vogue, and Oscar winner Lupita Nyong’o, on the cover of Porter magazine.
“Blackish” star Tracee Ellis Ross is on the September cover of Elle Canada, and actresses Zendaya and Tiffany Haddish are featured on the covers of Marie Claire and Glamour, respectively.
View image on Twitter 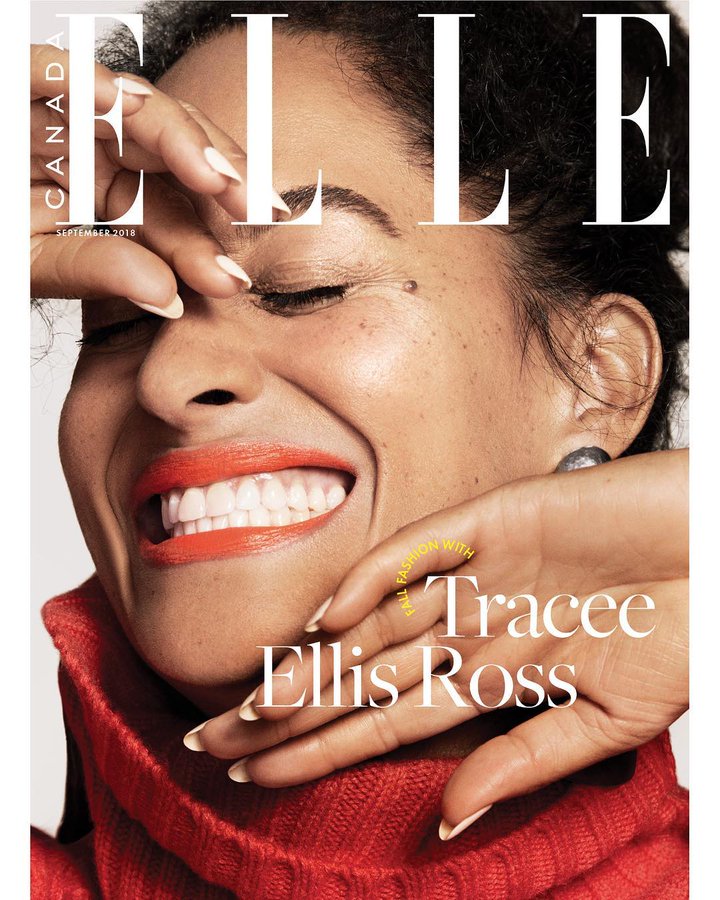 Twitter Ads info and privacy
The covers shatter the myth that black representation doesn’t sell, much like Marvel’s “Black Panther” proved that more than black audiences would be interested in immersing themselves in the world of Wakanda.
The film, which this week reportedly crossed $700 million at the North American box office, has been touted as helping to further open the entertainment industry’s eyes to how profitable diversity can be.
The covers were greeted with plenty of excitement on social media.
“WHAT A TIME TO BE ALIVE!!!” one person tweeted.

lupita nyong’o, beyoncé, zendaya, and rihanna are all on september magazine covers for 2018.

Twitter Ads info and privacy
The importance of representation is, of course, not a new discussion in communities of color.
But the abundance of these covers at a time when the United States feels to many more divided than ever over issues of race has been cause for even more celebration.
And celebrate is exactly what fans did when it was reported that Beyoncé would, in essence, take over Vogue for the month — selecting her shots, including the cover; overseeing the captions; and getting the publication to hire an African-American photographer, Tyler Mitchell, to shoot the cover for the first time in its 126-year history.
The superstar gave a nod to that significance in her remarks in the issue.
“Not only is an African American on the cover of the most important month for Vogue, this is the first ever Vogue cover shot by an African American photographer,” she said. “It’s important to me that I help open doors for younger artists. There are so many cultural and societal barriers to entry that I like to do what I can to level the playing field, to present a different point of view for people who may feel like their voices don’t matter.”
For fashion magazines in particular, the cover of the September issue is especially coveted. It’s so important, in fact, that there’s a documentary titled, “The September Issue,” which gives a behind-the-scenes look at how Vogue magazine prepares for it.
Edward Enninful, the first black editor-in-chief of British Vogue, explained in his letter from the editor his choice to feature Rihanna as the first black woman on the cover of a September issue in his publication’s 102-year history.
“No matter how haute the styling goes, or experimental the mood, you never lose her in the imagery. She is always Rihanna,” he wrote. “There’s a lesson for us all in that. Whichever way you choose to dress the new season, take a leaf out of her book and be yourself.”
Maiysha Kai, managing editor of The Glow Up, wrote about the need to support the publications that featured women of color on their covers and offered her theories as to why it is all happening now.
“And to what do we owe this tremendous pleasure? The Fenty Effect? The Wakanda Effect? The Beychella Effect? The ‘I’m Rooting for Everybody Black’ Effect? All of the above?” she wrote. “Or, perhaps it’s the 2017 Nielsen series on #BlackGirlMagic that turned the rest of the world on to what we’ve been knowing: That our love and loyalty are strong when and where we feel represented?”
As to the belief that such covers lead to low sales, writer Mikelle Street tweeted some evidence to the contrary.

I’m returning to this to point out that last September they had Jennifer Lawrence on the cover. When they put Rihanna on in June, sis outsold. People are more interested. pic.twitter.com/A7syvIBd0E