How women Shoulder many burdens amidst sexist incidents- Rose Hackman 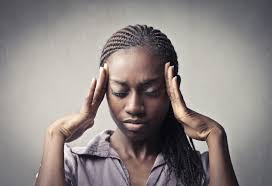 Safe was a funny word to use. His words made sure I felt anything but.

Butler, the academic executive assistant, says not speaking up is also a decision, but it is less of a peaceful one: “It’s tough, because I am very vocal, I am very militant, but there are some spaces where you can’t do that.” Butler, who is faced with what she calls a “double whammy” of prejudice because she is black, says there are limited solutions in terms of avoiding forced silencing.
“If you don’t like it then create your own business, become an entrepreneur … because it’s not changing,” she says.
When she tries to explain the toll of such experiences to men, she says it is so exhausting she feels “it’s not even worth the effort half the time”.
“They don’t get it. It’s just not a reality for them.”
Shrikant, the health worker, adds: “There is a construct within masculinity that teaches them that they have the right to exert power over any space … It’s about demonstrating who is in charge in that space. I am sure that it’s subconscious, but it is learned and it is taught.”
This reminded me of yet another anecdote.
Riding the Greyhound bus on a night trip back from New York to Detroit while I was living in the Motor City, a middle-aged man sitting two rows in front of me turned to strike up a conversation.
He commented positively on my ability to write while the bus was moving and remarked on my short hair. Perhaps emboldened by his previous comments, he told me I was beautiful before adding: “You are lucky to make it home safe.”
Safe was a funny word to use. His words made sure I felt anything but.
Source:.theguardian.com