Home » News » “I want to create opportunities for other people of colour” Lupita Nyong’o takes Vogue to Kenya, speaks on why She’s Vocal about Race in Hollywood

“I want to create opportunities for other people of colour” Lupita Nyong’o takes Vogue to Kenya, speaks on why She’s Vocal about Race in Hollywood

Actress and stylestar Lupita Nyong’o invited USA Vogue to her family home and farm in Kenya for a captivating photoshoot.

She posed in a number of East African ensembles surrounded by family and townsfolk and was photographed by Mario Testino.

In her new movie, Queen of Katwe, Lupita Nyong’o brings her talent and brilliance to a story from East Africa. She also talks about why she wanted to make Chimamanda Adichie’s Americanah, her reason for shaving her hair, how much she has evolved and more. 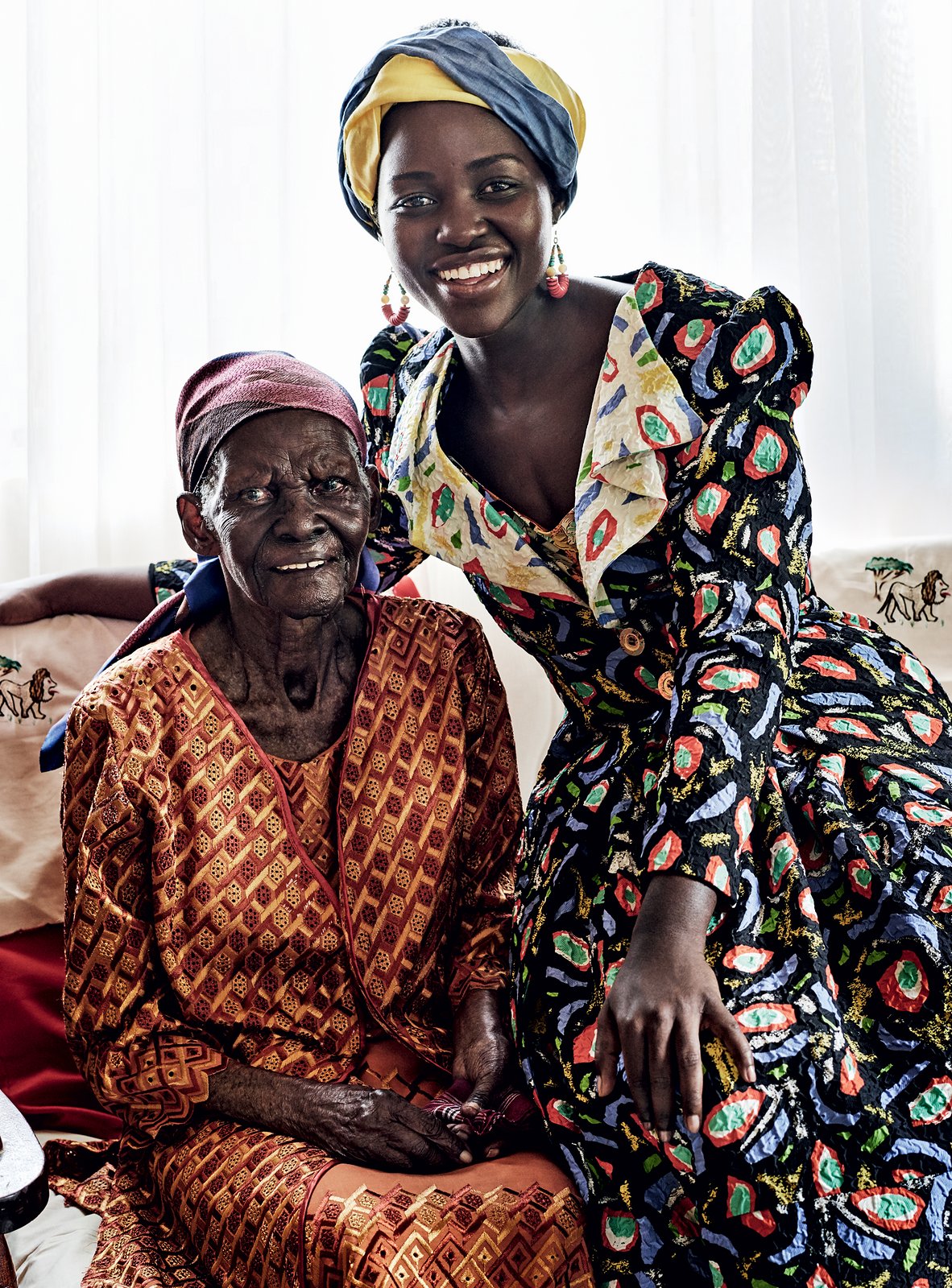 Here’s what she had to share on the entire experience:

On how she began telling her story:
Being able to use my platform to expand and diversify the African voice, I feel very passionate about that. It feels intentional, meaningful. 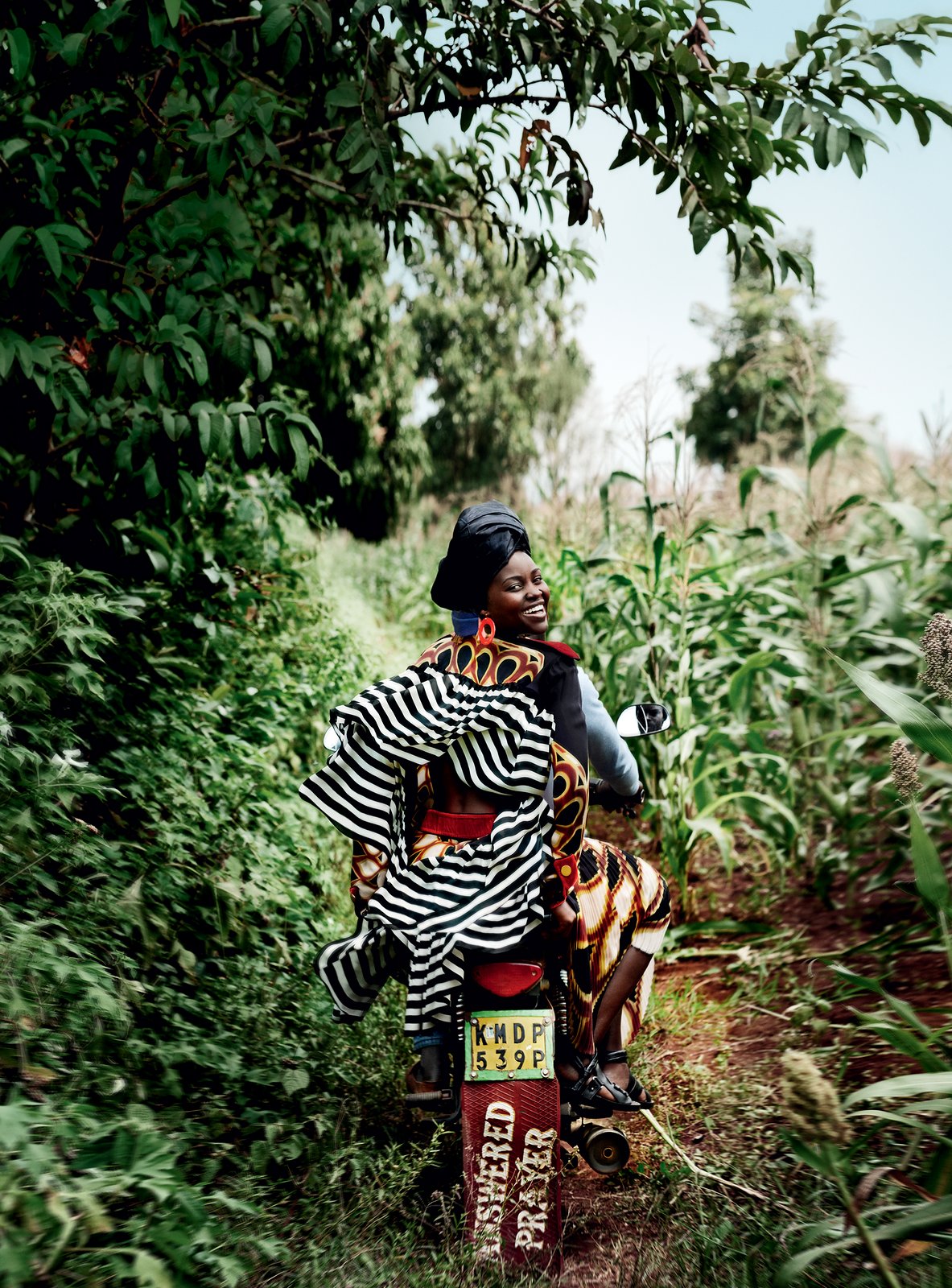 On growing up in Kenya:
We’d visit my grandparents, spend my vacations here; all the cousins would come from around the world to spend Christmas in the village,” says Lupita. Today she’s wearing a baby-blue halter dress and an udeng, an Indonesian headdress. “I saw them on the men and thought, That will work so well for me. It’s a little cultural appropriation,” she says, quite pleased.

My mother had dream charts and would say, ‘What do you want to dream short-term, long-term, mid-term?’ She really believed in dreaming out loud. 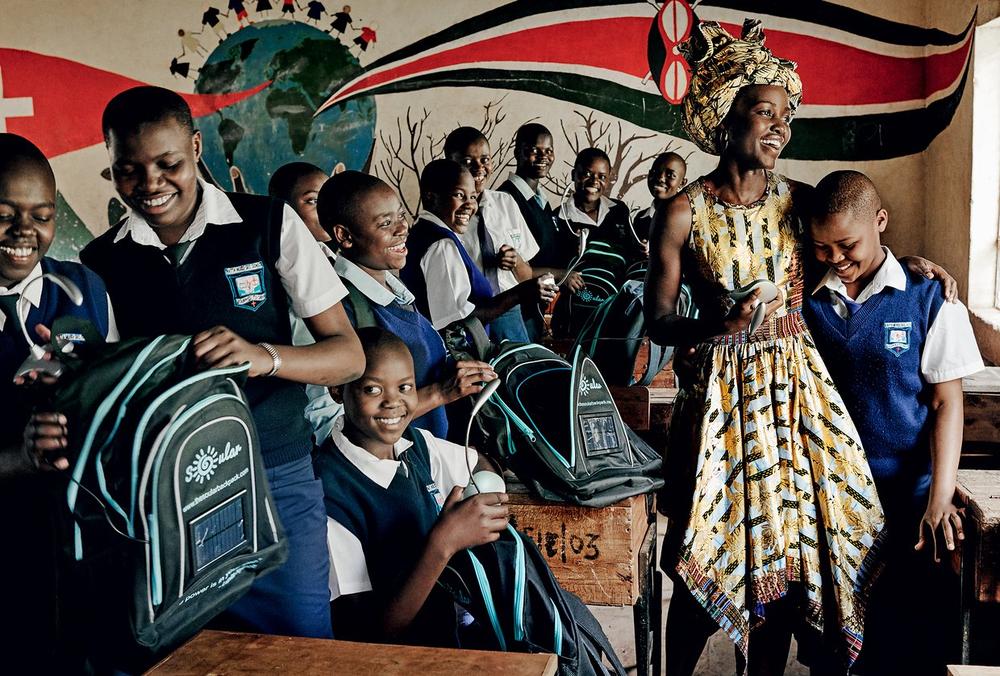 On shaving her head at 19:
I wanted to know what my head looked like,” she exclaims. She was also tired of going to the salon. Relaxed hair has to be styled weekly. The process can burn your scalp, cause scabs and itching. It’s an ordeal. “My father doesn’t know this, but it was at his prompting. He was funding my hairdos, and at one point he said, ‘Ah, why don’t you just cut it all off?’ ” She took him up on it. For two weeks he was too busy to notice. One day at the table he did a double take. “Where’s your hair?” “You said I should cut it!” 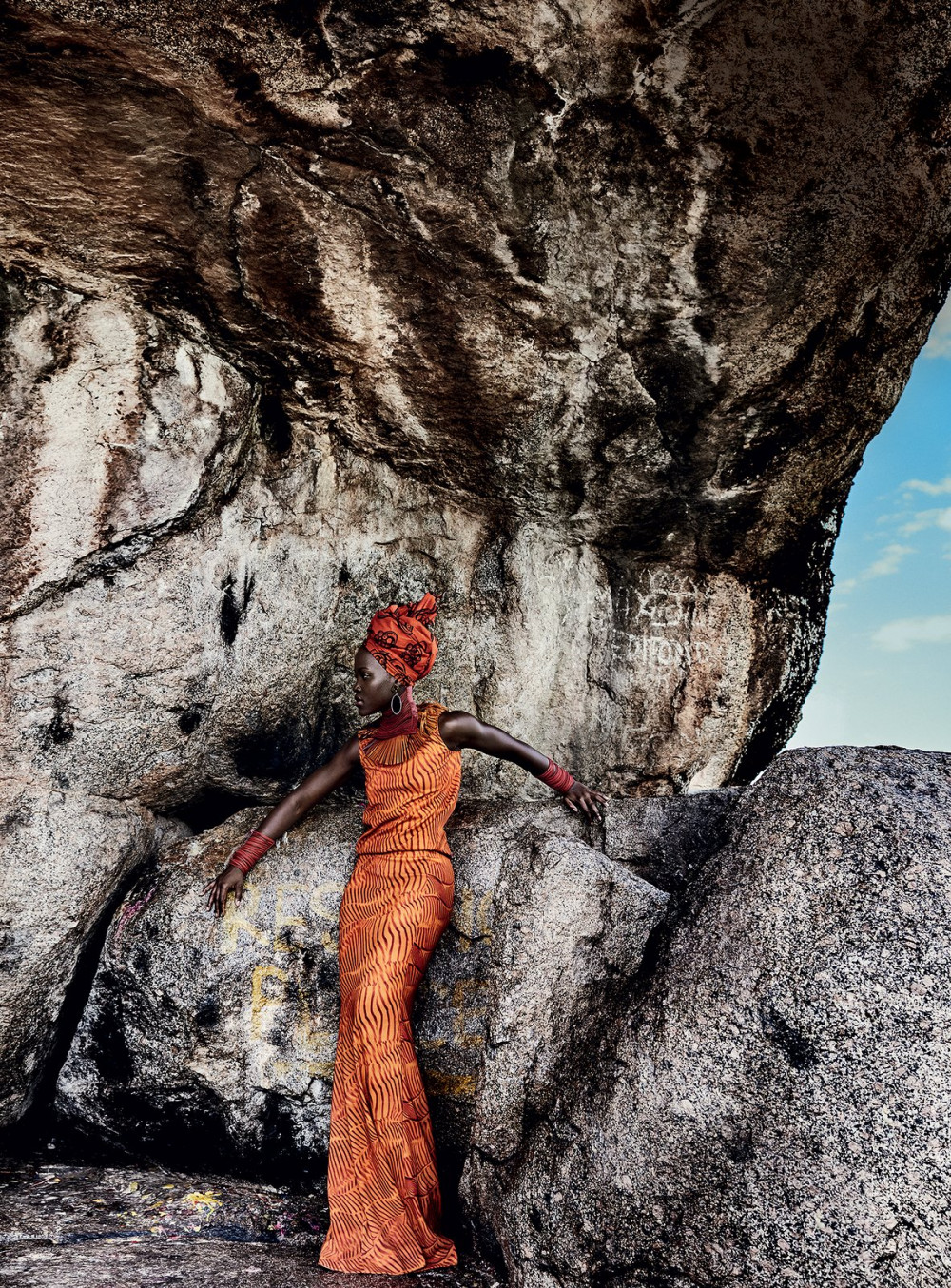 On her skin and setbacks in Hollywood:
The European sense of beauty affects us all, I came home from college in the early two-thousands and saw ads on TV with a girl who can’t get a job. She uses this product. She gets her skin lighter. She gets the job. The lording of lighter skin is a common thing growing up in Nairobi. Being called ‘black mamba.’ The slow burn of recognizing something else is better than you.

I’ve never had so many people call me beautiful until you showed up. I get called to auditions I never would have been called to before. And I know it’s because you exist. Alek Wek changed how dark people saw themselves. That I could do the same in a way for somebody somewhere is amazing. There is no point in getting your picture taken if it doesn’t move somebody, Right? 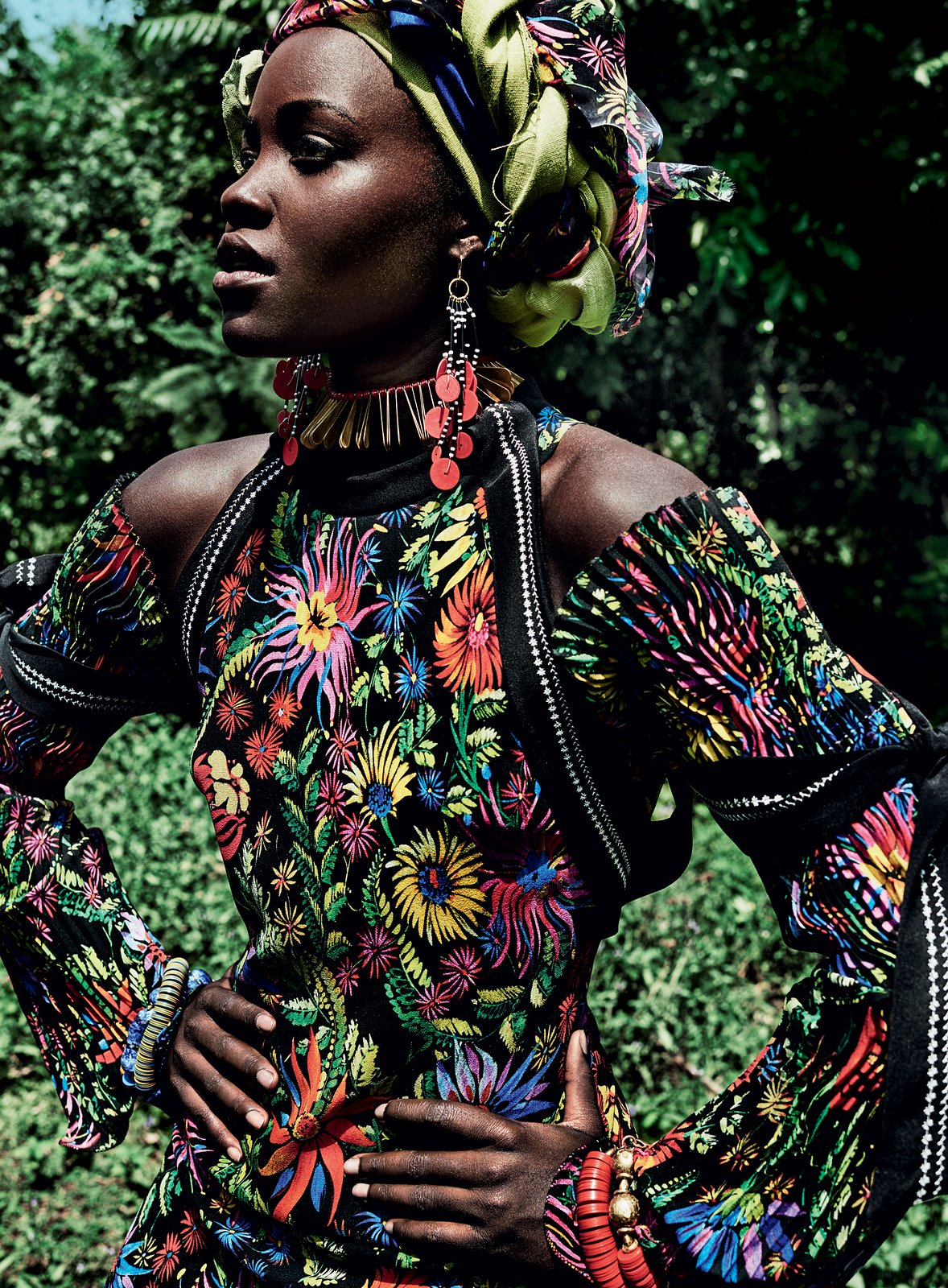 On Creating opportunities for people of Colour:
There are certain cards that have been dealt me that I take on. I want to create opportunities for other people of colour because I’m fortunate enough to have a platform to do that. That is why Eclipsed and even Queen of Katwe are so important, to change the narrative, offer a new lens on African identity. 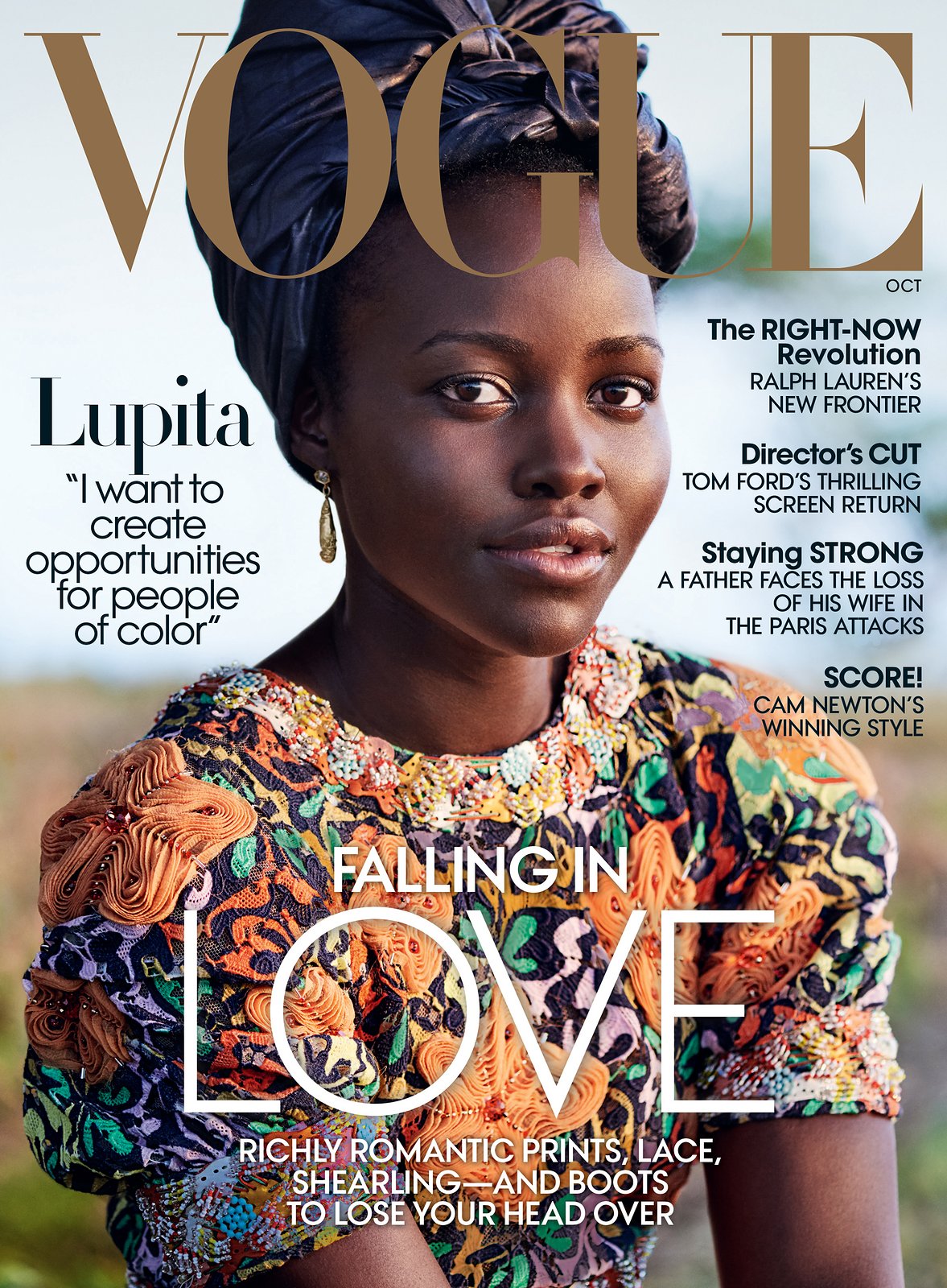