Home » News » Meet These 11 Most inspiring Arab Women who changed the World.

Meet These 11 Most inspiring Arab Women who changed the World.

In all regions of the world, women have been put down since the dawn of time. However, where there is oppression, there is resistance. Thus, there has been and still is a huge number of women who push the envelope and refuse to stay within the small spaces allocated to them. These women push further and rise higher than is expected from them, or anyone else for that matter.

Meet these super women who reshaped the world their own discretion and developed their  environments, thereby citing an exemplary path for other women to follow.

This Egyptian journalist was arrested in 2011 during the Tahrir Square protests, and held at Egypt’s Interior Ministry where she was detained for more than 12 hours and assaulted. Major themes in her work since then have been women’s rights, as well as feminism working with Islam – she describes herself as “a secular, radical feminist Muslim.” Moreover, she calls for a reform in Arab countries, calling out the way that all faults are blamed on Israel to keep Arab countries in a constant state of emergency. She has been published in The Guardian and The Washington Post, among others. Her books include “Headscarves and Hymens: Why the Middle East Needs a Sexual Revolution”. 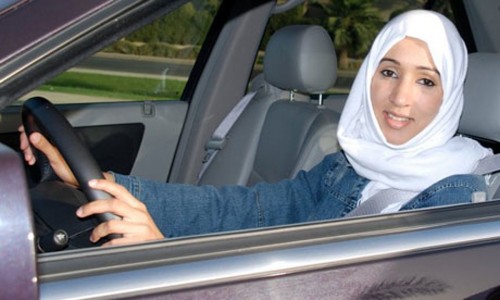 This Saudi activist has been at the center of two movements for women’s right to drive in Saudi Arabia, and a movement to free incarcerated Saudi, Filipino, and Indonesian women who are in jail because of small amounts of money they owe which they cannot pay. She is very active on twitter, criticizing the Saudi government, and has written for Al Watan. Sharif has been recognized by Forbes, Time, and the Oslo Freedom Forum. 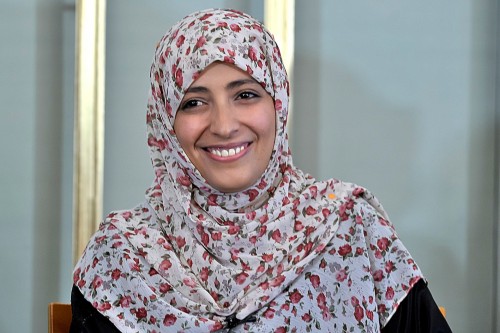 A Yemeni journalist, politician, and human rights activist, Karman was the first Arab woman to win a Nobel Peace Prize. She works to achieve freedom of speech in Yemen, and founded the campaign group Women Journalists Without Chains in 2005. She led a series of protests calling for the overturn of corrupt governments, from Yemen to Egypt. Karman has also donated the $500,000 she received from the Nobel Prize for those wounded and the families of people killed during Yemen’s uprising.

Zainab Salbi is a published author, an activist, a social entrepreneur, and founder of the Women for Women International, focusing on women facing adversity due to wars. She is from Iraq, and focuses her work on giving a voice to Arab and Muslim women. Salbi has released several subversive books since 2005, most notably “If You Knew Me You Would Care,” which documents true stories of women from places such as Afghanistan, Rwanda, and Congo. She has been honored by Time Magazine, as well as United States President Bill Clinton back in 1995. 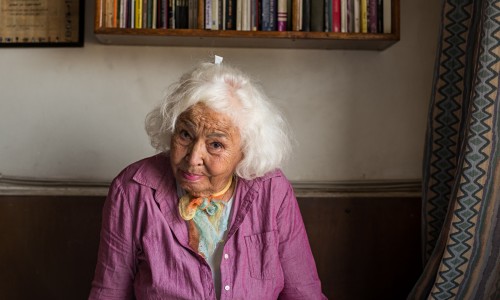 This Egyptian psychiatrist, physician, writer, and activist shows no intention of slowing down at 83 years old. Dr. El Saadawi has been an active feminist since a very young age, having been circumcised at 6 years old. Her book “Woman and Sex” has been credited as a foundational text for second-wave feminism. Due to publishing a feminist magazine, Saadawi was imprisoned during the rule of Sadat in Egypt, which led to her writing her memoirs in prison. Apart from memoirs, her work ranges from plays to short story collections, as well as full-length novels. Saadawi is highly critical of what she calls “large patriarchal religions,” as well as the foreign policy of the U.S. She is the founder of The Arab Women’s Solidarity Association and a co-founder of The Arab Association for Human Rights. 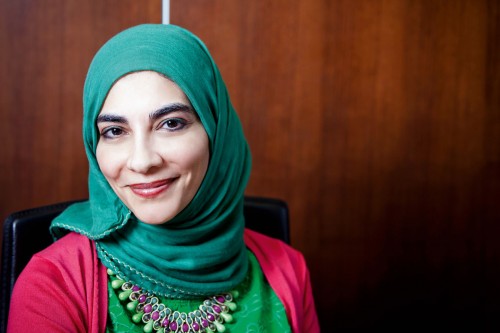 Sindi is a medical scientist who was the first Saudi Muslim woman in the Middle East to get a PhD in biotechnology, was one of the first female members of the Consultative Assembly of Saudi Arabia, and is the co-founder of Diagnostics For All, an NGO that works to provide medical care in remote impoverished areas. According to her, “a true scientist should focus on affordable simple solutions to reach everyone in the world.” She has called on countries in the Middle East to focus on science education, calling for an increase in spending on this field in education. Sindi has been appointed as a UNESCO goodwill ambassador due to her work in promoting education, specifically for girls in the Middle East. 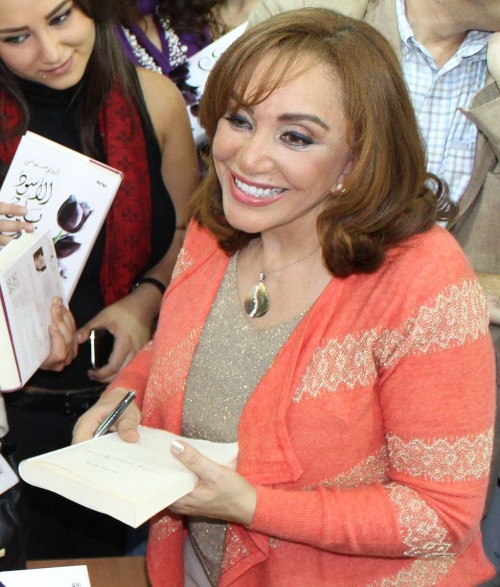 The title of “world’s best-known arabophone female novelist” didn’t come easy to Ahlam Mosteghanemi, who has published over 10 books from novels to anthologies. While she was born in Tunis, Mosteghanemi is Algerian, and currently lives in Beirut. She is only female Algerian author writing in Arabic to have been published in English, and she is recognized by Forbes as the most successful Arab writer. Her first novel, “Memory of the Flesh,” is considered a turning point in Arabic literature. 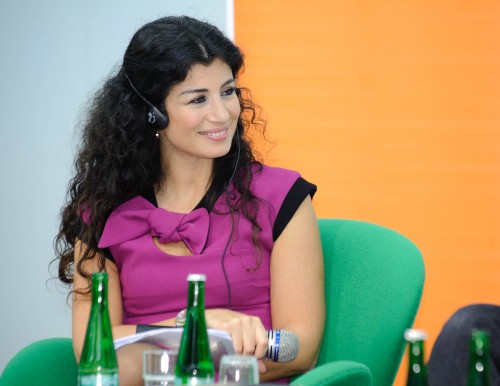 The Lebanese poet, translator, journalist, and activist Joumana Haddad has published more than 10 poetry books, and two novels, “I Killed Scheherazade” and “Superman is an Arab.” Her views on LGBT rights and feminism have led to death threats, but she doesn’t back down or change her views for those around her. Her work has been translated into 13 languages. 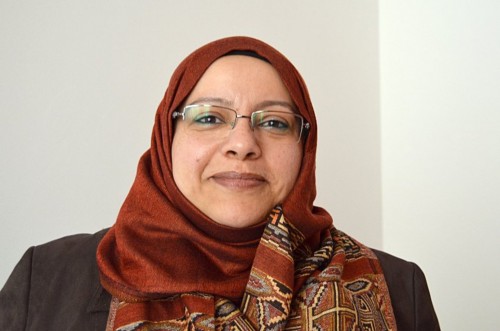 The first ever female editor-in-chief of a newspaper in Saudi Arabia, Somayya Jabarti is a pioneer in her field. She broke down the barriers set up for women in her country, and set out for the top position in her career. According to Khaled Almaeena, she is dedicated and determined, which lead to her breaking the male monopoly on the position. In Jabarti’s words,“there’s a crack that has been made in the glass ceiling, and I’m hoping it will be made into a door.” 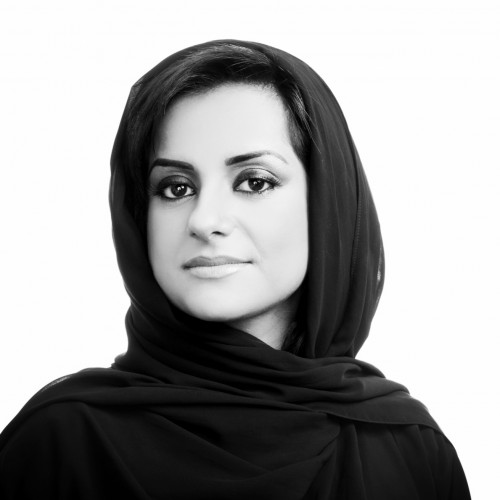 She is not only the UAE’s first ever female director, Nayla Al Khaja also founded one of the most successful production companies in the area, D-Seven Motion Pictures. Nayla started working on her production company after realizing the many obstacles that face filmmakers in the UAE. She tackles subjects that are usually off the table in the Emirates, ranging from arranged marriages to the secret dates women go on behind their parent’s backs. Al Khaja has been awarded a number of awards from all over the world, most notably the honor of Emirates Woman of the Year presented to her by Benazir Bhutto in 2005. 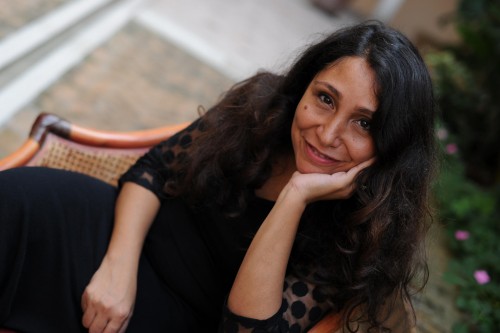 Being one of the most controversial and well-recognised filmmakers from Saudi Arabia, Haifaa Mansour has to constantly deal with harassment while filming her movies, often remaining off-set. But, this is well worth the message she spreads through her deep looks into real the Saudi Arabia that she offers via her stories. She supports the movement in her country to allow women to drive, and dealt with the veil in many of her films, which has led to a huge backlash from the conservative Saudi community. She claims that she did not intend to focus on women’s issues through her work, but that the issue was far too major to ignore. She has received three awards from the Venice Film Festival, one from Sundance and has been nominated for a BAFTA.