A 16-year-old from New Jersey is traveling with some fast company ― all the way to Rio.

Sydney McLaughlin, who will be a senior in the fall at Union Catholic High School in Scotch Plains, became the youngest athlete to make the U.S. Olympic track team in decades on Sunday when she finished third in the 400-meter hurdles at the Olympic trials in Eugene, Oregon, The Associated Press reported.

“Sometimes, I just forget that I’m 16,” McLaughlin told AP. “There’s not as much expectation. You know, I don’t get paid for this. I’m here just for fun.” 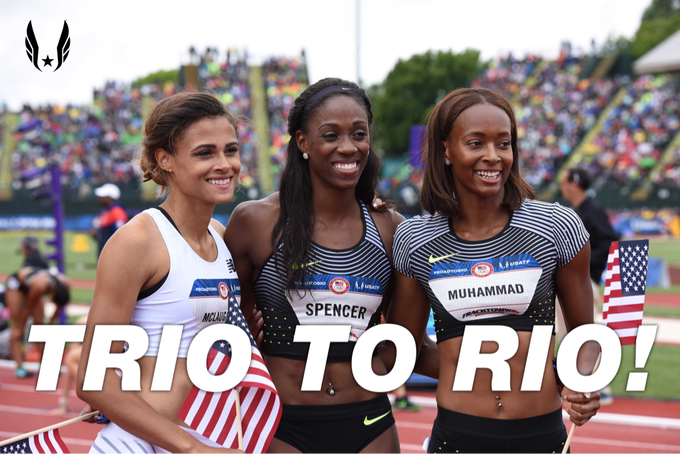 According to ESPN, McLaughlin overcame a severe panic attack before her first-round race. The athlete called it a “mental breakdown,” fearing that she didn’t belong. But one of her opponents at the trials, fourth-place finisher Kori Carter, said it was obvious that McLaughlin, had the right stuff.

“She’s a beast,” Carter told USA Today. “She’s the truth. I was in every single heat with her, and she carries herself like a pro. I know she’s going to represent the U.S. amazingly.”

Our support team is here to answer your questions. Ask us anything!
? Hi, how can we help?
Hi, how can I help?
Close