Hundreds of women dressed all in white sat on the ground behind her, holding hands and refusing chairs. Liberian Prime Minister Charles Taylor had requested the presence of Leymah Gbowee, a well-known peace activist. Standing before Taylor, Gbowee addressed the lone female government official in attendance, Senate Pro-Tempore Grace Minor. Gbowee read and delivered a message to Minor rather than Taylor, urging the government to end an internal conflict that was tearing Liberia apart.

The iconic footage from April 23, 2003 helped inspire Pray the Devil Back to Hell, a 2008 documentary narrated by Gbowee which chronicles the women-led protests she and hundreds of others were involved in that were pivotal in ending the brutal Liberian Civil War. She now has set her sights on helping similarly impactful films come to life, as she inspires future filmmakers by returning as a judge for the Girls Impact the World Film Festival.

The festival is an initiative of Connecther and is co-sponsored by the Harvard College Social Innovation Collaborative. GITW celebrates the achievements of women undergrads and high school students whose three-to-five-minute short films “raise awareness about current issues affecting women and girls around the world” or “propose solutions to current challenges faced by women.”

The short films showcased since GITW’s inception in 2013 are similarly impactful. Winning shorts have included films seeking to raise awareness oframpant feticide in India and the positive impact that clean, accessible water has had on women in rural Pakistan. It’s clear to Gbowee, who served as a judge during GITW’s inaugural year, that mere minutes can change the course of an entire country, as can the power of film itself.

That minute-and-a-half clip of Gbowee’s statement to the Taylor regime circulated the world over, bringing to light the atrocities in Liberia and forcing the powers that be to take productive, peaceful action. Though the activist says in the documentary that she was speaking for the “voiceless mothers,” her call to action stemmed from the mistreatment of children.

The peace activist was the same age as many GITW film fest entrants — just 17 — when war broke out in Liberia in 1989. Mere days out of high school, she saw her community go “from bad to worse to ridiculous,” as she told Michel Martin in a 2009 NPR interview. The election of Taylor, a noted warmonger, proved disastrous, and only fueled further violence in Liberia, as child soldiers were trained across the country to do the president’s bidding.

Gbowee talked in depth about the political climate and rash of violence overtaking her hometown of Monrovia and beyond in her NPR interview:

It got worse. I remember there was this day we were going to this village in southeastern Liberia, all of a sudden the pickup we are driving is stopped. And this truck came in this village in broad daylight and just grab children, girls, boys randomly, threw them in the truck. And these children were taken overnight to undisclosed locations, taught how to shoot, and the next day there were only about a few. 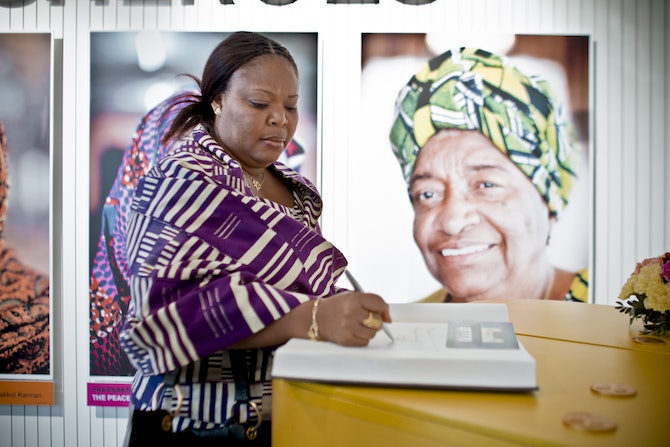 Under the Taylor regime, countless children experienced that samefrightening tale of abduction. Scarred by being forced into a life of violence, “Taylor’s children” perpetuated the injustices that had placed a stranglehold on their own existence. Reports of rape and abuse were prevalent. Mothers and women everywhere lived in fear. Harrowing footage of the carnage perpetuated by young soldiers in Liberia set many a scene in Pray the Devil Back to Hell, but it’s Gbowee’s experience helping those child soldiers that moved the film’s narrative in an entirely unexpected direction.

Meeting child soldiers served as a major marker in Gbowee’s life, shifting her focus from fighting the cycle of violence that was claiming innocent kids to instead working to combat those in power. She worked to rehabilitate former child soldiers while serving as a volunteer with the Trauma Healing and Reconciliation Program and actively pursuing an AA degree in 1998. 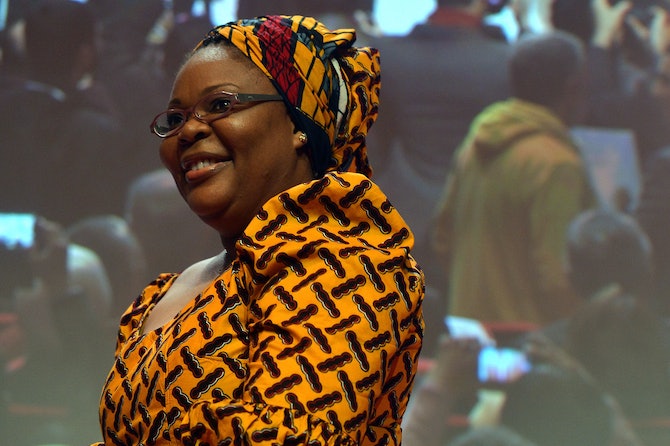 The new millennium saw an uptick in demonstrations and activism from the Women’s Peacebuilding Network, Liberia, where Gbowee worked as coordinator. The group staged a highly successful 2003 sex strike in protest of the 14-year conflict. Shse likened the protest to the salacious appeal of war and militarism. In an interview with The Progressive in 2012, she touted the technique as an especially effective move in rural communities.

Support continued to mount in 2003, ultimately culminating in a sit-in at a fish market in Monrovia. It was a lack of footage from that fish market protest that inspired filmmaker Abigail Disney to dig deeper into the demonstrator’s efforts, ultimately leading her to discover the video of Gbowee addressing the Taylor, which culminated in the production of Pray the Devil Back to Hell.

Months after Gbowee’s address, she and a group of peaceful protesters chained their arms together outside a meeting hall in Ghana where peace talks were being held, refusing to break their bond until a resolution was reached. A peace agreement was finally made, and Taylor resigned shortly after. This prompted a major election that resulted in Liberia’s first female president. 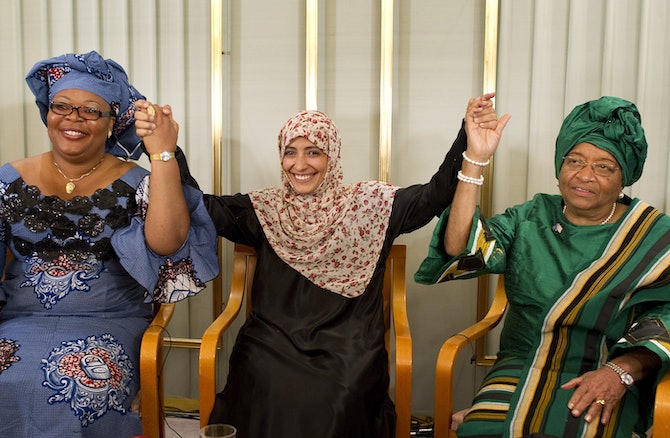 President Ellen Johnson Sirleaf has been in office since 2006. She, Gbowee, and fellow activist Tawakkol Abdel-Salam Karman were the joint recipients of the 2011 Nobel Peace Prize. Gbowee considered Sirleaf’s election the icing on the cake of the efforts of the Women’s Peacebuilding Network, Liberia.

“One of the things that I’m grateful for the documentary for is that it emboldens women in every part,” Gbowee said in an interview with Christiane Amanpour shortly after the film’s release. “This documentary is like a bench — it’s like a landmark or something that tells other women, ‘People did it before we came, we’ve done it, and they can also do it.’ So it’s not a fluke; it can happen. People just need to rise up and rise above the politics that so deeply divide us as women.”

Since nabbing the Nobel Peace Prize, Gbowee has been busier than ever. She said in her interview with The Progressive that the award has motivated her to “work twice as hard,” and her efforts are obvious. In addition to her judging duties with GITW, the activist heads her eponymous nonprofit, as well as the Liberia Reconciliation Initiative and Women Peace and Security Network Africa (WIPSEN-A). 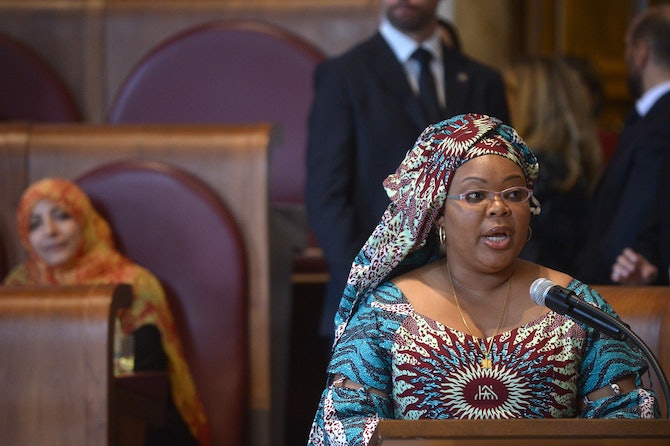 A Nobel Women’s Initiative and PeaceJam Foundation board member, Gbowee proudly lives in her hometown of Monrovia and serves as a member of the African Women Leaders Network for Reproductive Health and Family Planning. Her affinity for her community has lent itself greatly to her column about the continent on The Daily Beast. Most recently, she was tapped to serve as a UN Advocate for the Sustainable Development Agenda initiative.

The inspiration and influence that Gbowee will have on this year’s GITW film fest is one of positivity, as she returns to judge short films that could lead their makers to features. GITW is an impressive stepping stone for aspiring filmmakers. Winners receive scholarship money, as well as a chance to see their films screened and meet judges at an awards show ceremony held at Harvard. Gbowee’s presence may very well inspire a new director to turn their their vision into something more. After all, it only takes a few minutes of footage to change the world.