FLOTUS got some help from Shonda Rhimes, Tina Fey and more.

The White House has brought together a lineup of kick-ass women to celebrate, well, kick-ass women.
On June 14, the first United State of Women Summit will be held, an event from The White House with a variety of sessions that are designed to recognize what women have achieved so far and add to the conversation about what women can accomplish in the future. On Monday, Michelle Obama posted a promo video for the event on Twitter and Instagram featuring notable women in Hollywood, business and activism including Kerry Washington, Laverne Cox , Tina Fey and Cecile Richards. In the video, the first lady stresses the importance of gender equality and of having strength in numbers.
“We are the United State of Women, and we stand stronger when we stand together,” she said.
According to the summit’s site, the event will focus on six topics: economic empowerment, health and wellness, educational opportunity, violence against women, entrepreneurship and innovation and leadership and civic engagement. Since the video went live, social media users have shown their support for the summit and its mission with the hashtag #StateOfWomen.

Join me and the other incredible women in this film as part of the United State of Women. #STATEOFWOMEN 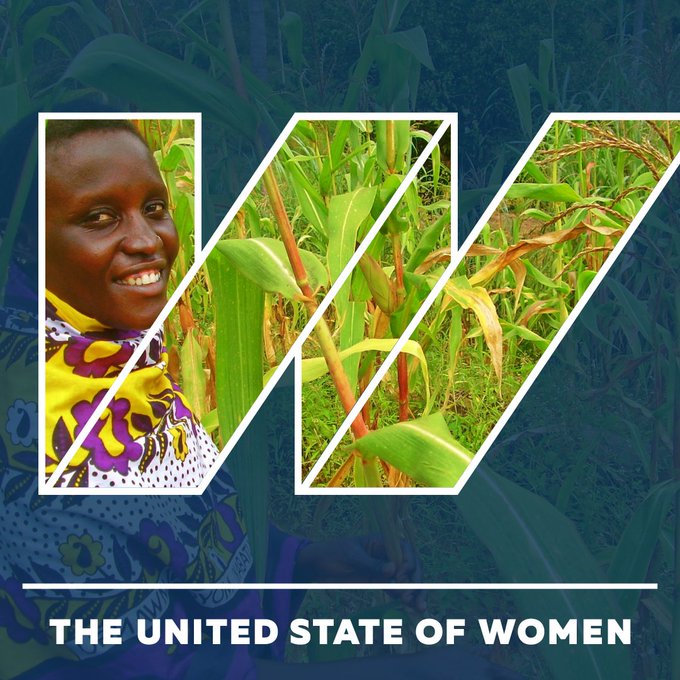 Valerie Jarrett, senior advisor to the president who also appears in the video,announced the event back in May, and before that, President Barack Obama mentioned it in a proclamation before Women’s History Month. This latest video for the summit, though, packs a seriously feminist punch.
Aside from celebrating the many accomplishments of women, the stars of the video are also calling on others to join the conversation about gender equality and the United State of Women. As the caption of the first lady’s video explains:
“We stand side-by-side with incredible women who are leveling the playing field around the world — from the silver screen to the sports arena, from non-profits to the financial sector, from the runway to the White House. Now, we turn to ask you to stand with us too.”
Count us in.