On a recent week, the International Conference Center in Abuja, the venue of this year’s ceremony for the lawyers called to the bar erupted with a thunderous applause as Omonuwa marched forward to receive her numerous academic laurels. It was a day she would live to remember.
Her father shed tears of joy while her mother’s joy knew no bound as she smiled to the goodness of God in her offspring. Indeed, for her it was a day of glory. 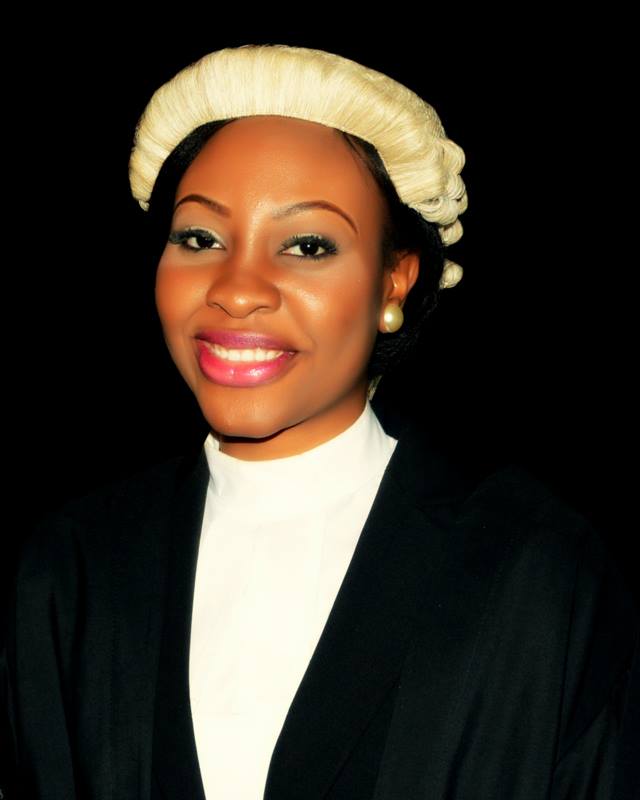 Indeed, the future actually lies in the resounding success of the likes of Omonuwa who bagged a first class honour at the University of Reading, United Kingdom, and becoming the first black woman to win the Reading University Chancellor’s Award.
On November 26, she repeated the feet when was listed as a first -class lawyer during the called to bar 2014.
Her academic prowess saw the young lady winning almost all the prizes including the best overall female graduating student among 6, 883 students that sat for the examinations. Consequently, she bagged a total of six Prizes: Best Student of the year, Council of Legal Education Star Prize, Corporate Law Practice amongst others.
The Edo State born Omonuwa not only arrived at the the Law School with a University of Reading, first class degree in Law, but also emerged as the very first Nigerian to graduate the final bar examination from overseas with a first class BL degree, a feat in the 51-year existence of the Nigerian Law School.
Omonuwa has been a trailblazer with academic excellence before she left Igbinedion Education Centre and moved to the United Kingdom.
In 2010, she received the University of Reading scholarship award and won recognition as the overall best in the international foundation programme.
The Chancellor of the university, Sir John Madejski, on the occasion of the award presentation described Omonuwa as “a representative of our brightest and best students.”
his rare accolade from Sir. Madejski didn’t go unnoticed as Omonuwa’s face became a symbol of excellence for the black community at the University of Reading and Nigeria her country as her photographs  was mounted on every wall of the institution to celebrate Nigeria’s centenary early in the year.
Omonuwa’s walk to academic excellence followed the same path of an ordinary student, but she achieved extra-ordinary accomplishments to prove to the world that to be studious and dedicated have reward.
In 2003, she won the Bornvita Award as the best graduating pupil and repeated the same feat at Igbinedion education Centre in Benin City, where she emerged the best student, carting away almost all the best prizes in 2008/2009 academic session.
According to her father, Omoruyi Augustine Omonuwa (SAN), a legal luminary based in Benin City, the success attained by Ms. Omonuwa came through a dint of hard work. “I feel on top of the world as a father. I am a proud and happy father. She dedicated herself to the study and she got the reward,” he said.
Omonuwa, who was born in 1992, has been a very bright girl, always on top of her class. At a time, when she left kindergarten to primary section, she was the best student as well.  So, from her tender age Omonuwa didn’t leave anyone in doubt about her great future.
“She went through Our Lady of Apostle’s Primary School and from start to finish she was the best. She was also the overall best in the final examinations in that school. She proceeded to Igbinedion Education Center, Benin City and was the best in the junior secondary school and then moved to the senior secondary school, where she emerged the best and won all the prizes in both sciences and Arts. Because of her I endowed a prize in that school in her name called Omonuwa Osarieme Anita Prize for excellence.  Nobody ever won it for the whole year she went through university until her final year in the university,” her proud father explained.
Speaking further, her father said Omonuwa has always been a kid star right from childhood. “I noticed the trait right from birth because she is very smart and precise in what she does. She does not forget anything as a little kid. She was the best in West African Examination Council in her School, the best in Cambridge, SAT and TOEFEL, NECO. There was search for talent in science and mathematics she was the best in mathematics in the state and even got the certificate. I took her to the United Kingdom where she did foundation course and also emerged the best and that qualified  her for the degree and also won a scholarship.”
But her stellar performance in secondary school didn’t influence her choice of law. It was a product of providence and influence.
“I influenced her to study law”, the senior Omonuwa confessed. Having had a son who is already an engineer and a father who is already a Senior Advocate of Nigeria with a thriving law firm in Benin is understandable. “I had to work on her to come to my own profession. Because I wanted her to read law, I took her around through top law chambers.  I pushed her to law if she didn’t make it I would have felt guilty. Her school wanted her to go for science but I wanted law for her because she is O. A Omonuwa  and I am also O. A. Omonuwa,” her father added.
How did the Omonuwa’s bring their daughter up?  “I taught her to always work hard, to believe in herself and give her a lot of motivational talks. She is focused because she doesn’t want to fail she always wants to be on top. We live together as a close-knit family that you have to be truthful. All those things prepared her. Apart from being an ‘efico’ she is all-rounder.  In cooking, dancing, hair-dressing, modeling, cat-walking, dressing and that entire she is first class. Sometimes I get scared because she likes to enjoy herself. And when she got to the law school I warned her but she said she had to do what she knows how to do best.

Again, she got into all the activities trying to help the less privileged people and even got certificates for all these. She organized some social events called hugging. When you hug yourself she collects money and gives it to the less privileged under Bwari Child Foundation.”

Praising his wife who has been the bedrock of the family, the senior Omonuwa said she is a very religious woman and strong supporter of the family.  “My wife gave up a lot to keep the children because she probably would have been a permanent secretary in the federal ministry now but gave up her job and came to Benin to nurture the children,” he said.
“Omonuwa winning laurels is a natural progression and didn’t come to me as a surprise because since her kindergaden days she had always been on top. I recall a particular incident that happened when she was in secondary school. She wrote examinations and was inconsolable and we asked her why. She said she wasn’t sure she was going to get 100 percent. She is also a very considerate and compassionate person.
When she was going abroad we said Anika come home with the prize she said I am not going to disappoint. When it was time for her to go to Law School we said Anita you have already set a trend she assured us that she would try. She never tells you she is perfect. When we heard the news that she made a First Class it was more or less a confirmation of what we are expecting. We thank God for the wonderful things He has done in her life we are also thankful to her for keeping the flag flying. She has really made us proud. She is a blessing,” she said.
Share on facebook
Share on twitter
Share on pinterest
Share on linkedin
Share on whatsapp
Share on email
Share on print
PrevPrevious26 YEAR-OLD LADY, FATIMA BOMBOM SANI REWRITE HISTORY AT NIGERIAN LAW SCHOOL
NextWISE WORDS: Adele Roberts, Denise Welch And Arlene Phillips Talk Wellbeing, Wisdom And WomenNext

Thanks for the blog article.Much thanks again. Great.