Jacqueline, 18, was a child sex worker for seven years Today, she aspires to be the “best female electrician” in her area

It’s challenging for a girl to pursue a career as an electrician in Uganda. But it’s even harder if she’s also leaving behind seven years spent as a child sex worker.

That was the situation Jacqueline, now 18, had found herself in. The youngest girl she worked alongside was just nine, Jacqueline says. “They wanted girls who were young as their bodies were free from diseases such as HIV.”

Jacqueline found she couldn’t rely on her parents for support. In the village of Kyagwe, she was living with a step mother who would chase her out of the house in the absence of her father, she said. “My biological mother had got another man who did not accept me at his place.” The added struggle of putting herself through school led her into years of sex work.

A friend of her mother’s took sympathy on her, so she left to live with her in the capital city of Kampala, where she promised to pay for her school fees.

However, financial trouble meant she couldn’t continue fulfilling her promise. So Jacqueline went to live with her paternal aunt in Namungoona — a village on the outskirts of Kampala.

But her aunt had an accident and Jacqueline says she was left struggling for money yet again. So she decided to confide in a neighbor

“She told me that she can support me in getting a job as a bar attendant near where she was working. She was also working in the bar. I could not resist since I had to cater for myself and I was 16 years (old) by then.”

But it wasn’t just bar work. She fell into sex work again, supporting herself, her sick aunt and her aunt’s children.

“It was a very hard moment sleeping with different men in the night and studying in the morning but since I wanted so much to study I had to endure.”

She was also promised love by a man who said he would pay for her tuition fees.

“But to my surprise, after having sex several times, he later abandoned me. And even when I called he could only quarrel at me saying that he was not my parent to pay for my school fees.” 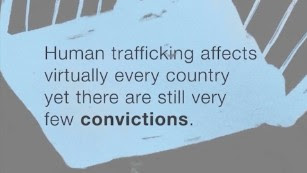 But then there was genuine hope. A social worker came to the bar where she was working and tried to tell her about charity Plan International’s PEVUS (Partnership for Empowerment of Vulnerable Girls and Women) project. The initiative works with young women to educate them on their rights and sexual health and helps them learn new skills. Jacqueline found it hard to trust her at first. But after several follow-up visits, she accepted her support in April last year.

“First I did not believe in them. Time came when I decided to give it a trial because I could not imagine being trained for free.

“I felt so good and excited because the social workers accepted me the way I was even after explaining to them how I have been behaving and this gave me another hope that I can have a better life.”

Jacqueline showed determination and discipline, and the social workers also trained her to become a paid peer educator, speaking to other girls who went through similar experiences to her.

“I always advise them to leave that kind work because there is nothing good in it, apart from being exploited since I was in it and I gained nothing.

“I also argue (with) them to always use condoms to avoid unwanted pregnancy and sexually transmitted infections.”

Jacqueline: “We used to live in the slum areas so we could sell our bodies to get money, but now we can repair televisions and earn money.”

Aside from becoming a role model for others, she was also pursuing her own dream. She says she takes pride in being the only female aspiring electrician where she lives in Kampala, asked to mend all kinds of things from televisions to phones and irons.

“I wish to achieve a diploma and a degree in electronics such that I become a role model to other young girls out there after being the best female electrician.”

She has also been reunited with her mother. “I went back home recently in December 2015 to check on my mum, she was so excited when she learned that I trained in electronics and she couldn’t believe this.”

In fact, she is a single mother herself, to a one-year-old conceived while she was a sex worker. But now she has a more promising means of making ends meet for herself and her child.

“I can earn money without suffering. We used to live in the slum areas so we could sell our bodies to get money, but now we can repair televisions and earn money.”

And after such a journey, how would Jacqueline describe her life?

“The best life ever,” she says.