Where there is money there is power. And while the “mega-donors” of the political world—who wield hefty influence in political outcomes—have traditionally been men, there’s a new contingent making change.

This piece is part of The Washington Post’s new Women in Power project, exploring what life is really like—at this particularly unique time—for the women on Capitol Hill. See the in-depth coverage here.

For much of the past two decades that Republican pollster Kellyanne Conway has given presentations at conservative donor retreats, she often has found herself addressing rooms full of men.

But in recent years, the audiences have been changing.

“I notice more wives and female employees participating at the briefings,” she said. “It feels to me that more women are in this space than ever before.”

Slowly, more female donors are breaking into the top echelon of political contributors, a domain traditionally dominated by male millionaires and billionaires.

So far, 35 women rank among the top 150 donors to super PACs this cycle, according to federal campaign finance data analyzed by the Center for Responsive Politics and The Washington Post. That includes some of the largest contributors, such as Wisconsin roofing company billionaire Diane Hendricks, Bay Area clinical researcher Laure Woods and Marlene Ricketts, the matriarch of the family that owns the Chicago Cubs.

Together, the biggest female donors of 2016 contributed nearly $62 million to super PACs through the end of May. That puts them on track to surpass major female donors in the 2012 elections, when 31 women made it on to the top 150 list and gave super PACs a combined $70 million.

The boost reflects what donors and fundraisers in both parties say they see happening behind the scenes: While still outstripped by men, more wealthy women are seizing on the opportunities to finance super PACs and other big-money groups that opened up in the wake of the 2010 Supreme Court decision in Citizens United v. Federal Election Commission.

Their stepped-up participation is driven by an improved economic status and an increasing recognition that they need to play in the political arena to have an effect.

“At the heart of this, elections matter,” said Aimee Boone Cunningham, 37, a Democratic donor in Austin who is already on the board of Emily’s List, which backs candidates who support abortion rights. “If you are someone who is philanthropic, who cares about women’s health or early childhood education, it’s very hard to make real changes on those issues if you do not have elected officials who have the same kind of priorities.” 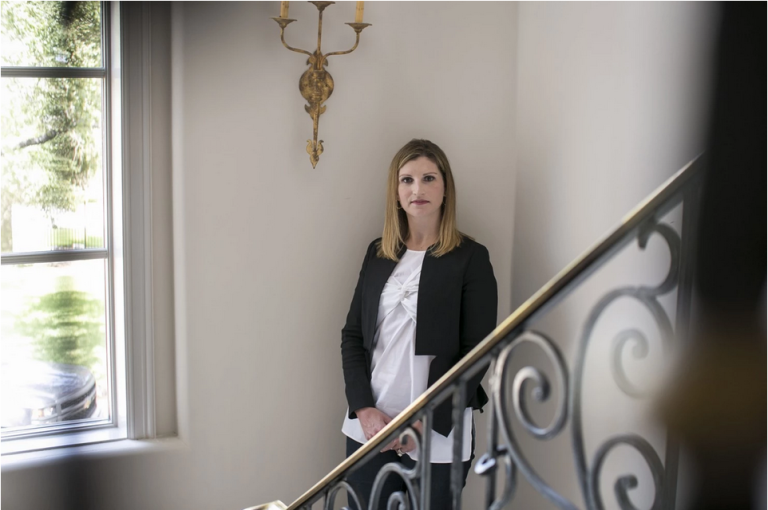 Aimee Boone Cunningham, a Democratic donor, in her home in Austin
Ilana Panich-Linsman for The Washington Post

On the Democratic side, in particular, women now serve as some of the party’s top fundraisers and biggest donors, a trend that began during President Obama’s campaigns and has intensified with former secretary of state Hillary Clinton’s bid. Many of Clinton’s longtime allies are among the top 150 donors to super PACs, including women’s advocate Cheryl Saban, Esprit co-founder Susie Tompkins Buell and philanthropist Barbara Lee.

On the other side of the aisle, conservative women are playing a growing role in the political network led by the billionaires industrialists Charles and David Koch. Female donors now make up about 40 percent of the contributors who attended the network’s semi-annual conferences, according to officials. Their numbers are so great that for the first time, there have been discussions about holding a specific event for women at this summer’s confab.

“Women have become more sophisticated,” said Frayda Levin, a former book distributor in New Jersey who serves on the board of the Koch brothers-backed Americans for Prosperity and the conservative Club for Growth. “People have realized that politics is encroaching on our lives more than ever before. And I think a lot of women no longer see politics as their husband’s thing.”

Levin said she takes the lead in determining where she and her husband will give their money, keeping track of their donations on a spreadsheet that the couple reviews during quarterly meetings. It’s a role that she finds empowering after growing up in a family that was tight on money.

“I am in a position I never imagined I would be,” she said. “We didn’t even have soda in my family. Here I am getting calls from senators and congressman wanting to talk to me.”

Because of the entree that major donors get to elected officials, an increase in the number of women giving large sums to influence elections has the potential to shift the political focus of candidates, analysts said.

“To the extent that being a political donor gets you access, gets you in the room with political candidates, it matters to have women influencing priorities and discussions in political spaces,” said Kelly Dittmar, an assistant professor of political science at Rutgers University at Camden who studies gender and politics.

That more women have not yet pushed into the top tier of political donors is dispiriting for Lisa Spies, a longtime Republican fundraiser.

“In my opinion, it’s happening too slowly,” she said. “The fact that we’re having a conversation like this in 2016 is bizarre.” 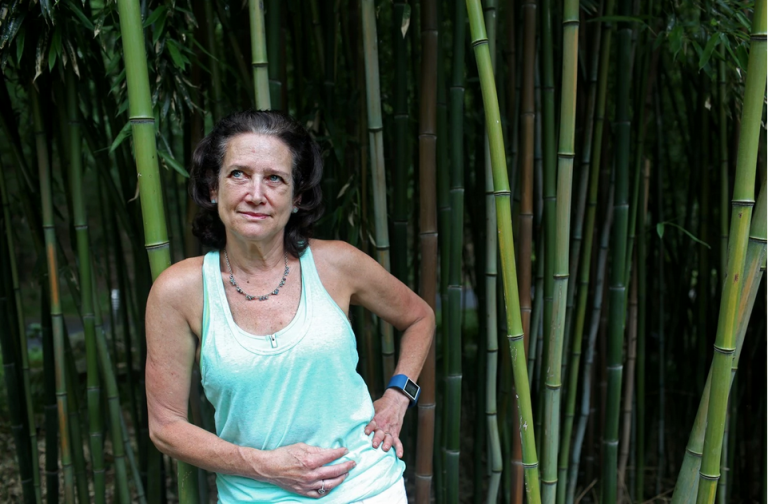 Frayda Levin, a political donor to conservative candidates, outside of her home in Mountain Lakes, N.J.
Yana Paskova for The Washington Post

Spies helped raise $23 million from female donors for 2012 GOP presidential nominee Mitt Romney through Women for Romney, the first concerted effort to seek high-dollar donations from women for a GOP White House contender. When people ask her the secret to collecting so much money from female donors, Spies said her response is simple: “I asked.”

“I know this sounds crazy, but people still don’t ask women,” she added. Spies personally experiences it: When campaigns call her home seeking donations, they ask to speak to her husband, she said.

Another persistent barrier has been the wealth gap. Across the economic spectrum, men have greater economic power than women, said Mariko Chang, a researcher and author ofShortchanged: Why Women Have Less Wealth and What Can Be Done About It. The disparity is particularly glaring in lists of the country’s top billionaires, which include very few women, she noted.

But as more women have risen in corporate America and embraced entrepreneurial roles, their wealth has been increasing.

“Despite the fact that there is a significant gender gap, women are gaining economic mobility and gaining access to financial resources they didn’t have in prior generations,” Chang said.

Nan Schaffer has witnessed the change since she first began making contributions to support gay and lesbian causes in Chicago in the 1980s.

“I would be in a sea of men at events and fundraisers,” Schaffer recalled. “I don’t think there were many women in control of their funds to be able to give to what they were interested in. I think women all up and down the wealth scale have more control over their money now.”

WHEN CAMPAIGNS CALL HER HOME SEEKING DONATIONS, THEY ASK TO SPEAK TO HER HUSBAND.

Four years ago, she and her wife, Karen Dixon, helped launch LPAC, a super PAC specifically aimed at engaging lesbians in politics. The group now has nearly 1,700 donors, more than double the number in 2012.

One of the keys to bringing on new female donors is making the case that elections are worth their investment, she said: “A lot of frustration for women is they have all this interest, but they don’t necessarily see politics solving problems.”

Cunningham, the Democratic donor in Austin, said she has found that just being public about her political contributions has a multiplier effect in bringing more women to the donor table.

“When I would speak very openly about giving financial support, I found that more and more of my peers would start to come with me to these political events,” she said. “If you are willing to talk about the political work that you are doing as a donor, then it gives other women the permission to do that. It’s interesting, because people come out of the woodwork.”

“WE DIDN’T EVEN HAVE SODA IN MY FAMILY. HERE I AM GETTING CALLS FROM SENATORS AND CONGRESSMAN WANTING TO TALK TO ME.”

WOMEN NOW SERVE AS SOME OF THE PARTY’S TOP FUNDRAISERS AND BIGGEST DONORS, A TREND THAT BEGAN DURING PRESIDENT OBAMA’S CAMPAIGNS AND HAS INTENSIFIED WITH FORMER SECRETARY OF STATE HILLARY CLINTON’S BID