“Whatever thy hand findeth, do with all thy might.” This was the advice that Adenike Ogunlesi’s mother would repeatedly give her as a child.

“And my mother’s voice still echoes in my head today.”

Ogunlesi is the entrepreneur behind Nigerian children’s clothing manufacturer and retailer, Ruff ‘n’ Tumble. The brand has 15 stores across five cities in the country and has another opening before the end of the year. There are further plans to open an additional 28 stores between 2016 and 2018.

It all started during a rainy season in 1996 when Ogunlesi decided to make her three small children pyjamas. These pyjamas  caught the attention of her sister-in-law who ordered seven pairs. And this planted the thought in Ogunlesi’s mind: maybe other mothers would be willing to pay for them.

She began selling them out of the boot of her car after dropping her children at school. When they sold, her husband suggested she make other clothing for children too.

It wasn’t long before she was selling them at church bazaars and school markets. And the day she realised she had a business was when she took 120,000 naira (about US$600) worth of clothing to a market and sold almost all of it.

She hired some tailors and started producing for a supermarket, where she was given her own corner to sell her clothes. But every time she visited it she felt disappointed.

“People had tried on the clothes, and then they were just dropped on the floor. The whole thing was just a mess. 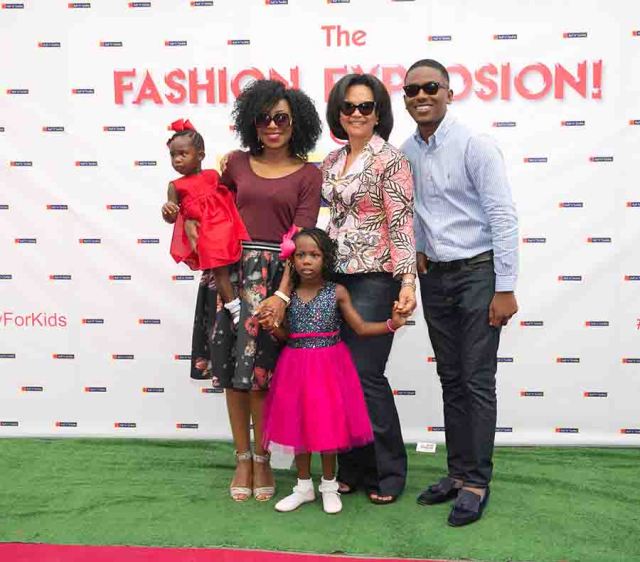 “I can’t remember where I was when somebody told me he was converting an old building into tiny little stores, but I said, ‘Okay, I am coming to take one. I am going to brave it. I am going to open a store.’”

Using personal savings and money borrowed from her older brother, Ogunlesi opened her first store in Lagos in 1998. And after having a long queue outside her shop one Christmas, she rented out the adjacent space next door and expanded her shop.

At the time her husband was studying towards an MBA and she started reading his textbooks, and eventually attended a short course with a focus on customer experience and supply chain management.

“One day the lecturer asked the class if they are going to be that small business that remains the same 30 years later… And I just thought: ‘Never! That can’t happen to me, not in a million years.’”

While returning from lectures that day she came across a retail space for lease. She rented it, and opened her second store.

It wasn’t long before she opened a third outlet in Lagos, then expanded to Abuja, followed by Port Harcourt, Ibadan and Kano. Today Ruff ‘n’ Tumble has become a recognisable brand for “aspirational” and “professional” Nigerian parents, and employs over 200 people.