The World’s Oldest Fiancée Got Engaged at Age 106

When Valdemira Rodrigues de Oliveira said “yes” to her love’s marriage proposal, she knew she would spend the rest of her life with her soulmate.

Oliveira is 106-years-old (the world’s oldest fiancée!) and, according to doctors, she might not have that much time left. But you know how it goes — there’s no predicting when love comes a-knocking.

Oliveira met Aparecido Dias Jacob three years ago at their nursing home in Brazil, where they quickly fell in love. In some ways, it was a first for both of them. Neither Valda or Jaco (as they’re affectionately called) have been married before. Neither of them have children. Now, though, they have each other — they share every meal, talk all day long and sit side by side whenever they can. 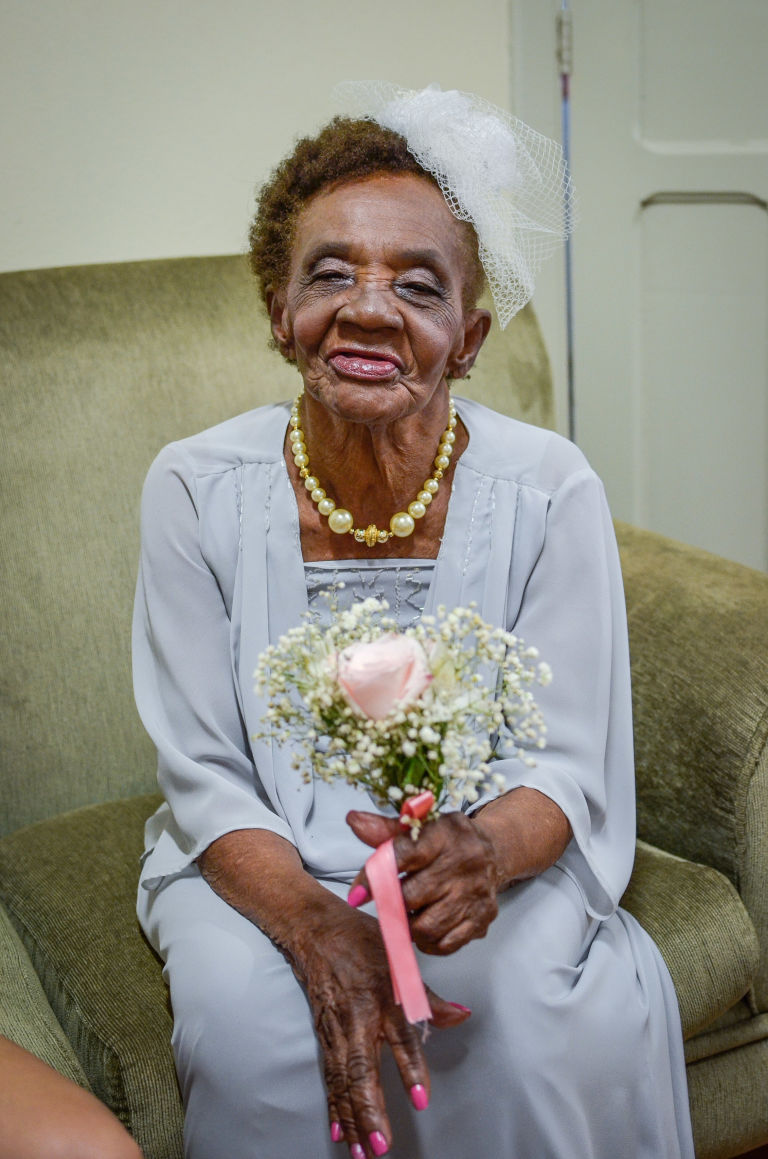 There’s a bit of an age difference between the lovebirds — Jaco is 66-years-old, 40 years younger than Valda — but to them, it makes no difference. “I fell in love with Valda from the moment I saw her,” Jaco told the Daily Mail. “I know she’s a little older than me, but that doesn’t matter because she makes me really happy.”

It does, however, matter to their doctors, who strongly recommended against the couple marrying and moving in together due to health concerns. 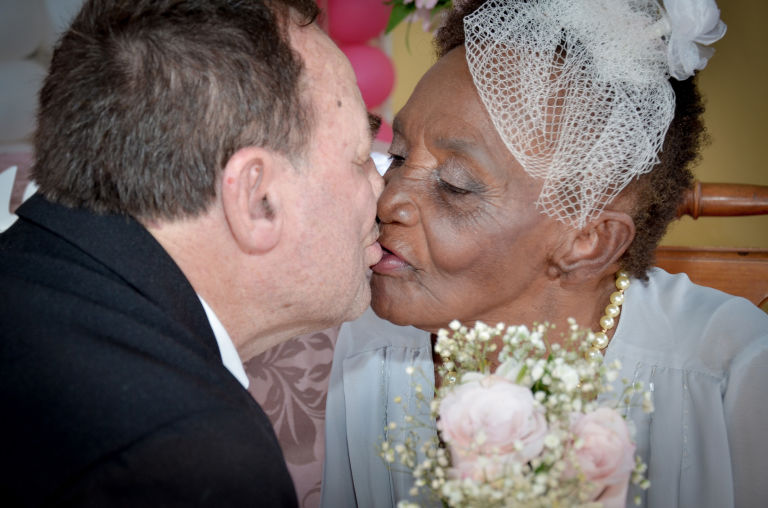 When their nursing home enlisted the help of Project of Dreams, a volunteer organization that works to fulfill the dreams of the elderly, their strong intentions to marry, however, became clear. “We asked Valda and Jaco separately what their dreams were,” Fabiane Zaffalon, a volunteer at the nursing home, explained to the Daily Mail. “They both said to get married and to have a little house where they could live together.”

The nursing home staff couldn’t give the couple every part of their dream, but they knew they had to do something. In place of a wedding ceremony, they gave Valda and Jaco an engagement party so that they could publicly express their devotion in front of loved ones.

The ceremony was nothing short of spectacular. In front of 150 guests (40 of which were nursing home residents), the couple promised to be loyal to one another, always, before exchanging engagement rings. After a beautiful message and prayer, they sealed their engagement with a passionate kiss. A live band, four-tier cake and stunning floral arrangements made for an exciting reception — but nothing was more beautiful than the couple, themselves. 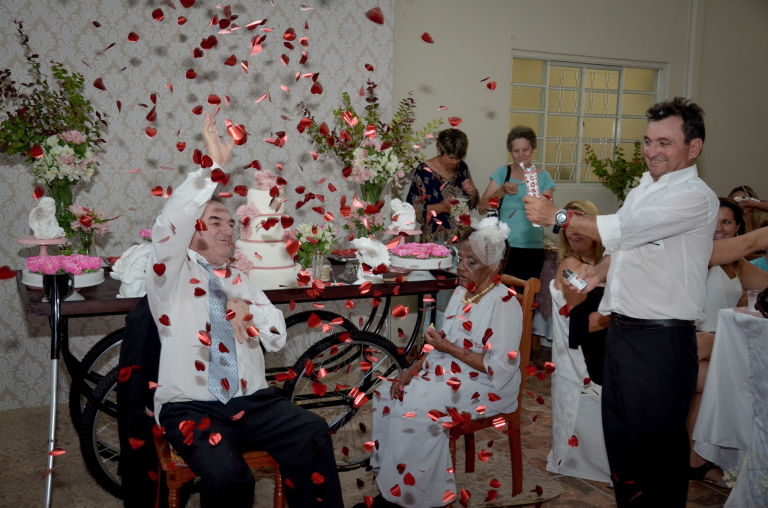 Valda walked down the aisle in a soft gray dress and pearls, her makeup, nails and hair perfectly done — Jaco was dashing in his suit and tie.

“I know it’s not going to happen but I would have loved to be able to wash Jaco’s clothes, cook his meals and look after him like a wife,” said Valda.

For right now, though, their beautiful engagement is enough. “I asked her to marry me and we always believed it would happen but getting engaged is a step forward for us right now,” explained Jaco.