Home » News » With Her ‘It’s About Damn Time’ Fund, Arlan Hamilton Is Bringing $36 Million In V.C. Funding To Black Women

With Her ‘It’s About Damn Time’ Fund, Arlan Hamilton Is Bringing $36 Million In V.C. Funding To Black Women

Some major venture capital news was announced this weekend, and we are here for it.

Arlan Hamilton, the founder and director of Backstage Capital, has announced that her firm will be investing $36 million specifically towards black women.

Hamilton announced the news while participating in the United State of Women summit this past weekend. Backstage Capital is a venture capital firm that invests specifically in underrepresented founders. Through this newly-announced initiative,  the firm will invest in black women founders $1 million at a time.

The rumors are true. Today at #USOW2018 I announced that my venture capital firm @Backstage_Cap has launched a $36m fund that will invest in Black women founders $1mill at a time. Thank you to the Backstage Crew, headliners, LPs, mentors & network for making this moment possible.

“The rumors are true. Today at [the summit] I announced that my venture capital firm has launched a $36m fund that will invest in Black women founders $1mill at a time,” she tweeted

Hamilton is part of the only 9 percent of VCs that are women, according to Forbes. Also, only 15 percent of total VC money went to female founders last year.

The numbers are even more dismal among underrepresented groups like people of color and LGBT founders.
“Investing in us—people of color, LGBT people, and women—is good business, good sense,” Hamilton, who is a black queer woman, told Quartz earlier this year. “And you are foolish if you think otherwise.”

As for what she’s branded the name of this initiative, Hamilton coined a name we are all the way here for.

And according to a Monday morning tweet, the work has already started with the new fund. 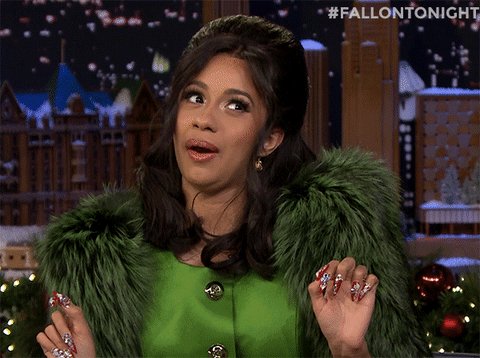 Thank you EVERYONE for all of the love since announcing our new that will invest in Black women founders $1m at a time! It is launched and raising. Been in motion for months, and have some great partners. Will invest in 2-3 companies out of it before the end of year, 5-6 in 2019.

“It is launched and raising,” she said. “Been in motion for months, and have some great partners. Will invest in 2-3 companies out of it before the end of the year, 5-6 in 2019.”

You can learn more about Hamilton and how she overcame all odds to create Backstage Capital in the latest season of Gimlet’s entrepreneurship podcast “Startup”.

Our support team is here to answer your questions. Ask us anything!
? Hi, how can we help?
Hi, how can I help?
Close