Home » News » “Women are being left out of Africa’s stories. I want to change that” says Eliza Anyangwe.

“Women are being left out of Africa’s stories. I want to change that” says Eliza Anyangwe.

Eliza Anyangwe is a freelance writer and commissioning editor. She writes and speaks about Africa, international development and gender, in her recent publication she disclosed reasons why women are left out of African  stories and why they should be part of the Picture in Africa.

She expressed her displeasure of Africa not been persistent in celebrating African women and empowering them to greater heights.Storytelling matters. By celebrating the lives of inspiring women we can change the narrative about Africa and its place in the world. she said.

“Sitting in an airport lounge last week, I was flicking through Forbes Africa, scanning page after page of stories of business success and private sector leadership. I couldn’t help but notice that there wasn’t a single article about a woman – I counted three articles written by women but the editors of “Africa’s most influential business magazine” didn’t think a single woman on a continent of 54 countries and over a billion people was worth a mention.

This isn’t a problem with one publication. This is about an all-pervasive lack of women’s voices in the media and, more specifically, the near absence in our dominant western culture of African women’s voices and stories. The problem is with an industry and a society built out of patriarchy and racism.”

Roll your eyes if you must, but the evidence is compelling. When it comes to media jobs, a survey by the International Women’s Media Foundation in 2011 found that Africa as a whole didn’t perform badly: Kenyan women felt able to advance to senior roles; South African women in media faced no glass ceiling; female journalists in Nigeria and Namibia are paid better than their male counterparts. And yet, thanks to the power of patriarchy, the vast majority of what we read, see or listen to continues to be about men. Women are the window dressing. Globally, only one in four people heard or read about in print, broadcast or radio news are women – and the same holds true for digital media.

Other industries are no better. As a lover of comic books, I largely consume a diet served up by DC and Marvel. Much of it is brilliant, most of it is constructed in a male mind. So it was a revelation to discover Marguerite Abouet, whose series Aya of Yop City had a black female protagonist and is set in Ivory Coast.

In the movie industry, only 30% of speaking roles in a list of top 500 films went to women. And as intersectionality works, the darker your skin, the more invisible you are.

Speaking about the inspiration for her new play, the actor and playwright Danai Gurira asked: “The stories about Africans always miraculously have a western protagonist … do we not merit our ability to tell our own stories?” 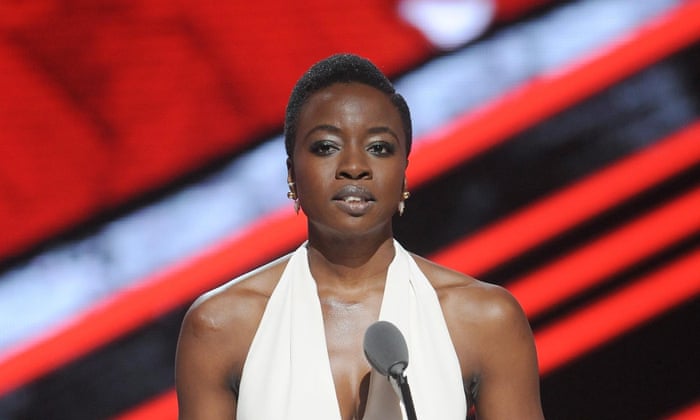 As a journalist I am all too aware of the power of storytelling. How deeply the stories we are constantly exposed to shape our view of the world and our place in it”.

Eliza Anyangwe,is passionate about African Women and has taken it upon her self as a mandate to uplift and showcase stories of successful  African women to the world.